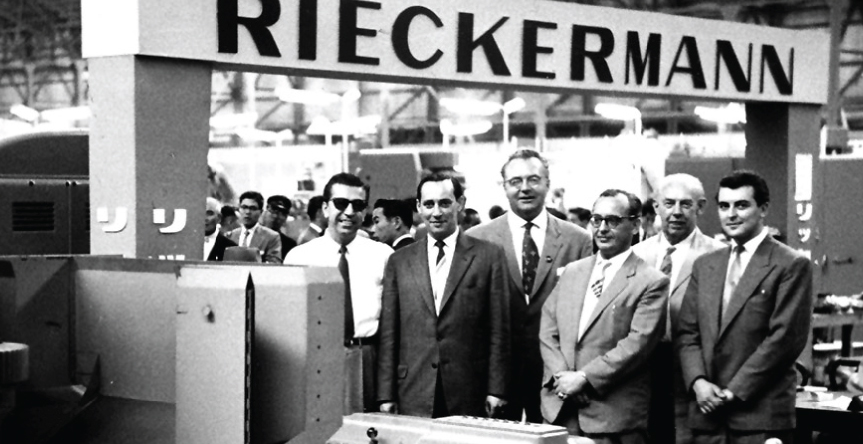 At Rieckermann, we pride ourselves on a long history of combining the best from the East and West. As a privately owned family business, growth, and development are just as important as our values and traditions. We seek long-term partnerships and sustainable success with both our customers and our technology partners. Johs. Rieckermann was first registered in Hamburg, Germany, in 1892.

In the 1930s, our first affiliated offices were established in Japan, China and Iran. Expansion into Far Eastern markets continued to the 1950s, and additional offices were established in Korea, Vietnam, Thailand, and Hong Kong. In the 1960s Rieckermann grew steadily in the Middle East. This region became another strong pillar of Rieckermann’s activities with the establishment of an office in Egypt, involvement in Sudan, and various projects in the Gulf region.

In South East Asia, expansion continued throughout Indonesia, Malaysia, Singapore, and Cambodia. Even today, Rieckermann has continued to enhance its presence in this region with an extended product and service portfolio. The 21st century has seen offices open in the United Arab Emirates, Saudi Arabia, Jordan, and Russia. With a recent market entry in Myanmar, Rieckermann continues to maintain a strategy of being close to customers.

Scroll to top
Manage Cookie Consent
rieckermann.com uses cookies to collect information about how visitors use the website. Some of them are essential, while others help us to provide you with the best possible online experience, to continually improve our website, and to show you relevant information tailored to your interests. For more information, please see our
Manage options Manage services Manage vendors Read more about these purposes
View preferences
{title} {title} {title}